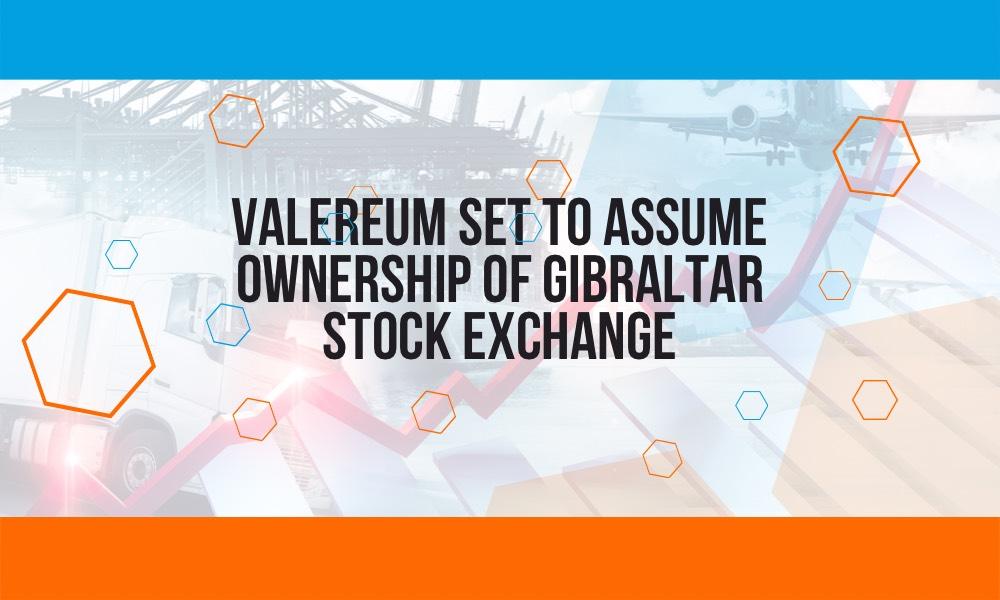 Having acquired an 80% stake in Gibraltar Stock Exchange (GSX) in October 2021, and gained a further 10% stake earlier in 2022, the blockchain technology group Valereum – itself also based in Gibraltar – is set to take over the stock exchange that has been in operation since 2015.

Back then, GSX had the distinction of being the British Overseas Territory’s first fully licensed exchange. However, the exchange only presently lists debt securities and open- and closed-end funds, and it has been reported that Valereum sees far greater potential in it than this.

Is the only way up for Gibraltar Stock Exchange?

Valereum is waiting for the Gibraltar Financial Services Commission, or GFSC, to give regulatory approval to its plans to transform GSX into one of the first fully regulated and integrated fiat and digital exchanges on the planet.

If the go-ahead is given, listed instruments on the GSX will be able to access a regulated pool of crypto capital that is not available elsewhere. At the same time, cryptocurrency holders will be given the ability to have a direct, verifiable holding in fiat securities.

Valereum is also looking to set up an NFT marketplace.

A movement away from Bitcoin mining

The involvement of Valereum in Bitcoin mining dates back to its purchase and installation of 20 mining machines in a United States facility in April 2021.

However, with the GSX takeover now happening, the company has recently confirmed it has reached a deal to sell its Bitcoin mining assets to Vinanz in exchange for 24% of the firm’s shares.

It means that Valereum’s own direct commitment to Bitcoin mining was relatively brief, even if the 24% stake in Vinanz does mean it will maintain some level of contact with the industry.

Valereum said in a statement on the sale of its Bitcoin mining assets in August: “This is a strategic reorganisation to focus Valereum on the acquisition and expansion of the Gibraltar Stock Exchange and the imminent launch of our NFT program.”

Would you like to learn more about our own knowhow and experience here at TAG Consultancy, in relation to such key areas as DLT licensing, token sales, and compliance crypto services in Gibraltar? If so, you are welcome to contact our team today to arrange your free consultation with us.