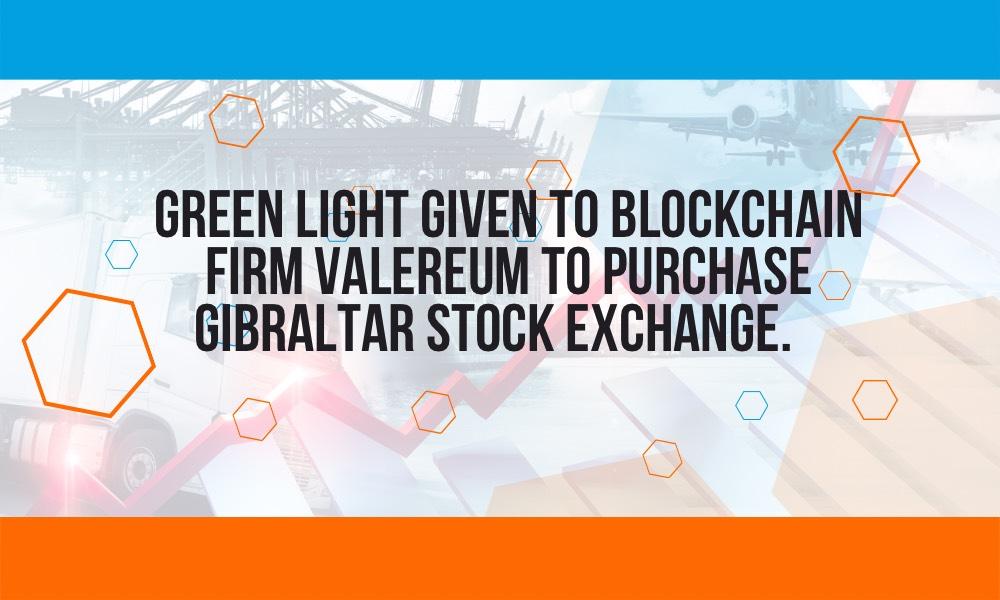 As reported by Reuters and other sources, the blockchain company Valereum has stated that it has received regulatory approval to buy the Gibraltar Stock Exchange (GSX).

Valereum has signalled that the deal – which is subject to regulatory and working capital conditions – is aimed at boosting accessibility to European capital for early-stage and small-cap businesses in the Middle East, India, and Africa.

Having reportedly been given consent to go ahead with the acquisition by the Gibraltar Financial Services Commission (GFSC), Valereum has said that it anticipates the deal to be completed by the end of 2023’s first quarter.

What else has Valereum said about its acquisition of the exchange?

While Valereum has not disclosed the price of the deal, we do now know quite a few other details – including that the merged company is set to be chaired by Richard Poulden, while Patrick Young will serve as executive director.

Taking on the chief financial officer role, meanwhile, will be Jack Sun, and it has been announced that Simon Brickles and James Lasry will be non-executive directors.

In a statement, Valereum said that the GSX’s future focus would be on expanding “access to European capital for early-stage and small-cap companies in the Middle East, India, and Africa, where there is a huge opportunity to empower entrepreneurs across the region”.

The firm also said that it would launch a non-fungible token (NFT) strategy during the first few months of 2023, as a means of “linking real-world assets via NFT ownership”.

Mr Poulden said the company was delighted to be informed of the GFSC approval for its plans, and that he looked forward to seeing through the acquisition of the GSX.

“We have ambitious plans for the GSX and for Valereum linking the fiat and digital worlds,” he observed. “All our expansion plans will be fully regulated in the environments in which we plan to operate.”

Mr Poulden said that the GSX would draw upon proven exchange technology from established providers, and was set to be updated “with full front-to-back trading and clearing functionality on a significant scale and expandability.”

He continued: “Just as the Rock of Gibraltar has been a physical port for centuries, GSX will encourage a new generation of companies and assets to see Gibraltar as a virtual node in financial trade. In time we will seek an international listing for the Valereum group as we see this as a compelling investment proposition.”

Make us your partners in the success of your Gibraltar business

Whatever your take on the news about Valereum and GSX might be, are you presently being adequately supported in your own business activities as an individual or organisation in Gibraltar?

If the answer to that question is “no”, it’s time to act. Whether you are seeking out capable experts who will be well-positioned to assist you with achieving an AML-compliant token sale, or you would instead appreciate benefitting from our knowhow in accounting, auditing, or payroll, there’s no need to wait any longer to arrange a free consultation with us.