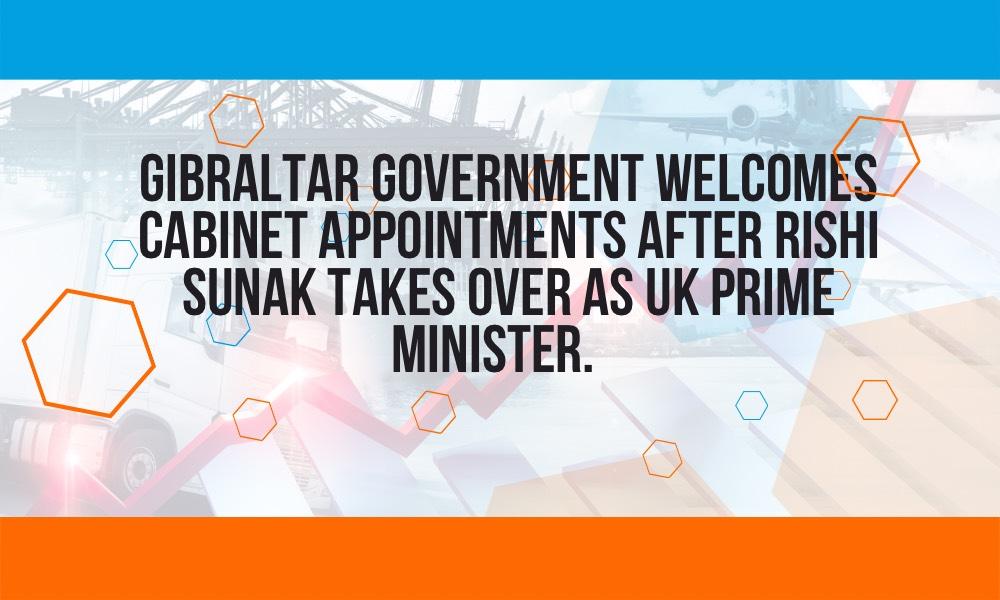 In what has proved another highly politically eventful week in the UK, former Chancellor of the Exchequer Rishi Sunak has emerged victorious in the latest truncated Conservative Party leadership contest, and now taken his place as Prime Minister, following Liz Truss’s resignation.

Many observers will hope that Mr Sunak’s rise to the top job in UK politics will mark the beginning of much greater political and economic stability for the country after a turbulent period – especially Ms Truss’s 50-day spell in office at 10 Downing Street.

Among those observers will be key political and business leaders in the British Overseas Territory of Gibraltar, from which warm words have already been extended to the new Prime Minister. Equally encouraging as far as the Gibraltar Government was concerned, was Mr Sunak’s decision to have on board two key ministers with a history of positive engagement with Gibraltar.

As reported by the Gibraltar Chronicle, Gibraltar Chief Minister Fabian Picardo said he was “delighted to note the return of Dominic Raab, a historic friend of Gibraltar”, in response to the news that Mr Sunak had brought the former Deputy Prime Minister and Justice Secretary back to those same roles he had held in Boris Johnson’s Government.

Not only that, but James Cleverly was also confirmed to be continuing in his role as Foreign Secretary, to which he had first been appointed in September by Ms Truss. From February to July this year, he served as Europe Minister.

Mr Picardo described himself as “particularly happy” about Mr Cleverly remaining in his position, which he said was “testament to the excellent work he has done in the time he has been in post, not least in relation to Gibraltar and our important, ongoing, negotiations with the European Union.”

The Chief Minister added: “Both Mr Raab and Mr Cleverly are individuals with whom I have enjoyed working in the past in their time in the British Cabinet.

“I have written to both Mr Cleverly and Mr Raab to congratulate them on their appointments and to highlight how useful it is to have them now in posts that will be relevant to Gibraltar.”

The UK is still in choppy waters, but we can help your business navigate them

It must be emphasised at this time that the UK remains in what the Prime Minister described in his first speech following his appointment by King Charles III as a “profound economic crisis”. Nonetheless, our team here at TAG Consultancy stands ready to assist you with the fulfilment of your ambitions as an individual and/or business owner in the British Overseas Territory.

Whether your principal interest is in benefiting from our leading-edge accounting services, auditing, payroll help, or even an AML-compliant ICO – to cite just some of our areas of knowhow and experience – you are very welcome to contact us.

If you are a new client of ours, we will be pleased to arrange a free consultation to give us a chance to discuss how we could best work together.